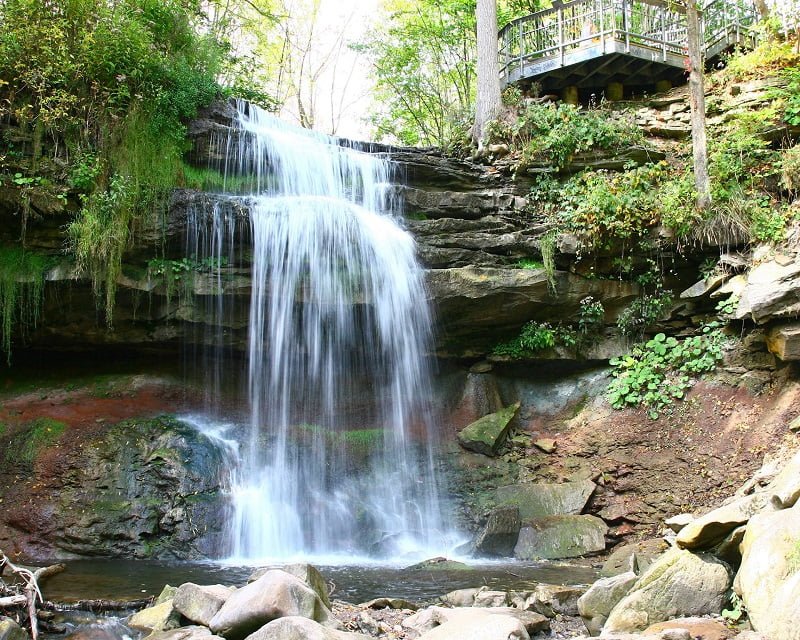 The slogan you’ll hear repeated often is “In Waterdown, you can have it all”, and once you’ve explored this community you’ll understand why. This sought-after town is situated approximately 60 km west of downtown Toronto. Located at the top of the Niagara Escarpment, Waterdown offers historic charm and all the conveniences of modern family living. Popular with first time buyers as well as families, Waterdown is a growing area, with a variety of sub-divisions and new builds springing up in the Waterdown Core. Known to be very family -oriented, with multiple schools, trails, and parks, Waterdown is an ideal locale for a first foray into real estate. It is also perfect for families looking to expand their living space, or for anyone looking for the serenity of living in the country.

The Village of Waterdown is built on centuries of history and is rich with heritage. The Indigenous history of the area shows that the region was part of early trail routes, and that the land was inhabited by Indigenous peoples for thousands of years. The land on which present-day Waterdown is located, was the traditional territory of the Mississauga’s of the Credit First Nation and the Haudenosaunee First Nation people.

In the 1700’s Waterdown became a convenient rest stop for those travelling between Toronto and Dundas and the topography of the Escarpment and the Grindstone Creek, made the area ideal to set up mills. Waterdown became a thriving milling community powered by water. Businesses flourished and the Village of Waterdown became as popular then, as it still is today

Waterdown real estate is thriving and the variety of options available to families has continued to increase. New subdivisions include modern townhomes and new builds, but if you’re after something with old world charm or country appeal, there are many older homes as well as wonderful, rural properties.


This neighbourhood, set in the north end of Waterdown, has exploded with growth and new homes. Waterdown West is known as a very family-oriented neighbourhood. There are multiple schools in the area and a popular civic and community centre run by the YMCA. A beautiful trail runs the length of the area and is well used by children and families alike. Known as a safe and welcoming community, its reputation as “the” place to live, is growing. Waterdown East caters to busy modern families who need the convenience of proximity to urban centres and all the amenities modern living affords. Close to both the major cities of Hamilton and Burlington, Waterdown East offers residents the beauty of mature, treed neighbourhoods and a varied selection of home styles and sizes. With 10 schools in the area, and a variety of outdoor activities to choose from, families love Waterdown East.

Central Core is the location of the original Waterdown settlement, and it is a glorious mix of grand Victorian homes and historical cottages. The Core offers residents and visitors access to bespoke boutiques, restaurants and historical buildings from years gone by.

The Mill Street Heritage District is home to centuries old houses that have been carefully restored and modernised inside. Clothing shops and art studios, as well as restaurants and cafes are all located inside these delightful heritage buildings.

Waterdown offers its residents quick access to all major highways leading to the cities in the GTA as well as the Golden Horseshoe region and it is conveniently within an hour’s drive of Pearson International Airport.  Conservation areas, trails and green spaces afford everyone ample outdoor experiences. With its historic character, village charm and access to all the modern amenities families are looking for, Waterdown truly does have something for everyone. It might be time to explore this magnificent village for yourself.

At Royal LePage Meadowtowne Realty our market-leading team of real estate professionals are dedicated to serving the real estate market across Waterdown Ontario. To help you find that perfect home or condo in the Waterdown, contact us today and we will put you in-touch with one of our experience REALTORS®.

Interested in receiving more information on Waterdown? Let us put you in touch with a REALTOR® that specializes in Waterdown.