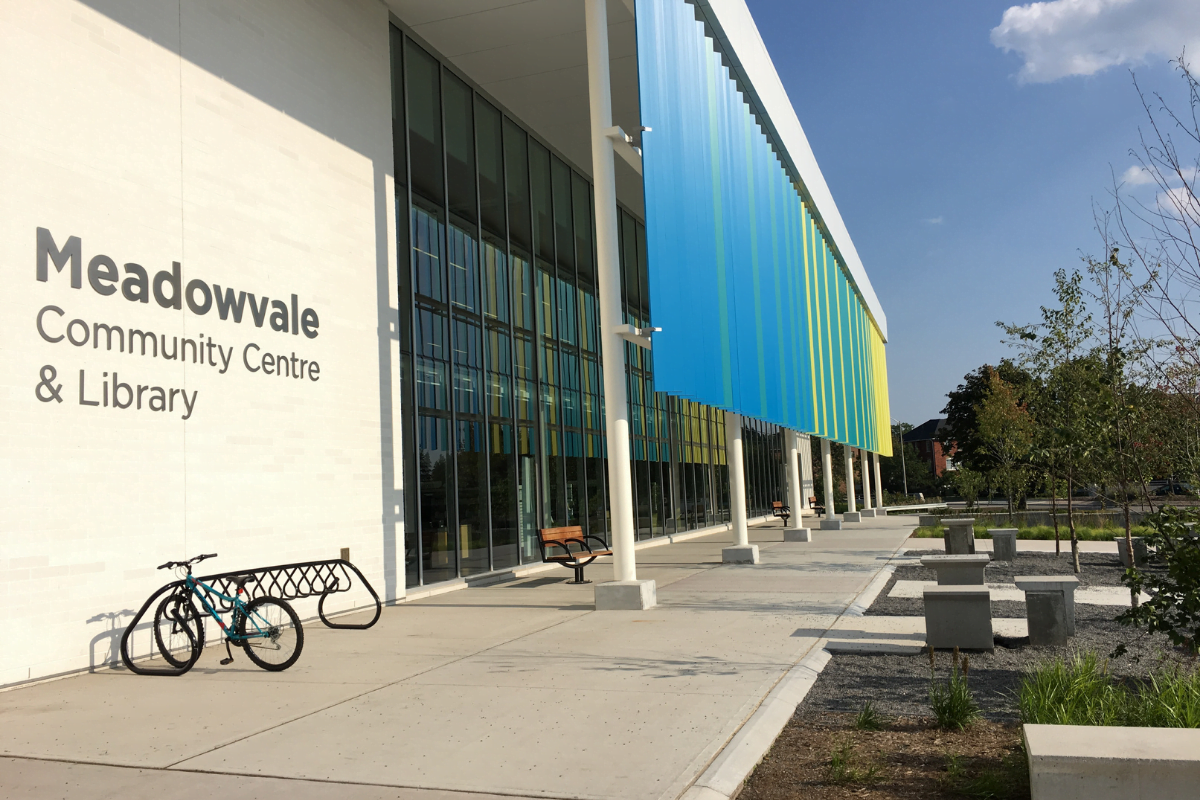 Meadowvale is a large suburban district located in the northwestern part of Mississauga, west of Meadowvale Village and Streetsville, east of Lisgar and north of Central Erin Mills. The self-contained and community-centric subdivision offers family-focused place to call home that checks all the boxes when it comes to livability and an active, balanced lifestyle.

Background
Meadowvale is just as celebrated of a neighbourhood now as it was when it emerged in 1970, transforming farmland into one of the first and most successful planned communities in North America. Developed by Markborough Properties, the master planned project was a shining example of a self-contained bedroom community, featuring residential pockets mixed with business pockets. Public housing was also an important component. Covering all the essentials, Meadowvale included a shopping centre, schools, a community centre, and parks. But it also added lifestyle-enhancing elements like two beloved mad-made lakes (Lake Wabukayne and lake Aquitaine) situated within a protected, nature trail-filled conservation area.

Schools
Meadowvale is home to a healthy assortment of schools, with nine that service the region. This includes six elementary schools, one middle school, and two secondary schools. Notably, homes in south-east Meadowvale have access to the top ranked Catholic School St. Aloysius Gonzaga (ranked within the top 3% of Ontario schools) and Streetsville Secondary, a top ranked public school.

The Arts
Those with a soft spot for the arts will appreciate the Meadowvale Theatre (6315 Meadowvale Road), which has served as a local cultural hub since 1989. The intimate space hosts live theatre, music, and comedy shows in its 395-seat auditorium. The facility also hosts educational workshops.

Business
The neighbourhood is home to one of Mississauga’s largest business parks, which houses offices like Microsoft, Loblaw, and Wal-Mart. Many employees at these businesses live in the surrounding neighbourhood.

Transit and Accessibility
Not only self-contained, the neighbourhood is highly accessible. Making for convenient commuting, Meadowvale has its own GO transit station – with Toronto’s Union Station just a 50-minute ride away – and a MiWay bus hub at Meadowvale Town Centre. The neighbourhood also offers easy access to highways 401 and 407, which run through the north portion of Meadowvale. For longer journeys, Pearson International Airport is just a 10-minute drive away.

Lifestyle
The Meadowvale Town Centre (6677 Meadowvale Town Centre Circle) is full of convenient retail options and houses close to 100 stores, dining options, and services. Offering a one-stop shop, the mall is anchored with a Shoppers Drug Mart, Canadian Tire, and Metro. For more retail options, Erin Mills Town Centre (5100 Erin Mills Pkwy) is about a five-minute drive away. Although most if the shopping and restaurants in Meadowvale take on a suburban feel – with franchises and big box stores throughout the neighbourhood – the nearby Streetsville is filled with more character-rich independent shops and boutiques.

Housing
Meadowvale is still a relatively attainable neighbourhood and offers more affordable homes compared to other parts of Mississauga. It is densely populated with a mix of public and private housing, and features many townhomes. Much of the neighbourhood’s housing stock dates back to the 70s and 80s, when the neighbourhood was still fairly new. Compared to other parts of Mississauga, the houses in Meadowvale are smaller and includes a mix of detached, semi-detached, and townhomes. The neighbourhood also features a healthy assortment of apartment buildings near the main intersections.

The heart of Meadowvale Village contains many historical homes in addition to newer homes. Many of the homes in this region either back or front onto the Credit River Valley Conservation Area. In general, Meadowvale houses a good variety of homes at all price points – from fixer uppers to large new houses. Due to the mix of housing options found throughout Meadowvale, the demographics of its residents varies widely, but they are united by a strong sense of community.